Our Harvest: Neeps and Swedes 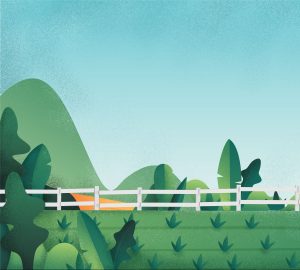 Our Harvest: Neeps and Swedes

Turnips (Brassica rapa) are believed to have originated in middle and eastern Asia. It is a biennial root vegetables in the mustard family. Cultivated before the 15th century BC in India, it was grown for its oil-bearing seeds, otherwise known as rape seed oil.

When young, in the first season of growth, they are fleshy, white roots that are tender and sweet enough to eat raw. When left to size up in the fields, they become hard and bitter, requiring cooking. The turnip—“tur” as in turning or rounding and “neep” as plant, is the thickening of the primary root of the seedling together with the base of the young stem immediately above it. The green leaves which grow in a rosette form are covered in rough hairs and taste like mustard greens when cooked. If left to grow a second season, the turnip produces a strong, tall stalk with clusters of little yellow flowers that turn into seed pods. The top third of the turnip grows above the ground where it develops it’s “turnip tan”—the purple or red coloration from exposure to the sun.

Turnips grow best in cooler seasons. Hot climates cause them to become woody and bitter and they go to seed quickly. In New York, they are typically planted two times in a season, once in the early spring and then again in late summer. They grow quickly and in ideal conditions can go from seed to harvest in 60 days.

Throughout history turnips have been one of the most important crops for agriculture. Not only is the entire plant edible for humans, but livestock also graze their green tops and munch the nutritious roots. Turnips were important in the development of healthy soil management and crop rotation. They make an excellent green manure by crowding out weeds and amending the soil with lots of plant matter adding nitrogen and phosphate.

The cousin to the turnip is the rutabaga. People refer to them interchangeably, but they are different vegetables. Rutabagas (Brassica napus) are a hybrid cross between turnips and cabbages. Yellow and brown in color, they tend to be much larger and sweeter. The rutabaga was originally grown as animal fodder. The name comes from the Swedish word rotabagge meaning ram’s foot. In Europe they are referred to as “Swedes” or “neeps”, sometimes called Swedish turnips. Rutabagas are very similar to a turnip, but have ridges on the neck and turn a purple brown towards the crown. They have smooth, waxy leaves that are blue-green in color. Because of a longer growing time than turnips, farmers only get one harvest per season. Rutabagas are both cold tolerant and drought tolerant. Plant in late May for a harvest in the fall.

In Ireland, rutabagas were carved into lanterns or tumshie during all hallows eve. The lanterns were an ancient symbol of a damned soul. Fire was considered a gift from the underworld, and the name jack-o’-lantern is based on a legend of a blacksmith named Jack who sold his soul to the demons of the underworld. He carried a large rutabaga that contained a glowing coal through the underworld to find his way.

Both turnips and rutabagas are recommended by the American Cancer Society because they are high in antioxidants and anticancer compounds. The juice can be used to calm a chronic cough, as a diuretic and emollient. They are high in vitamin A, C and K, plus potassium, calcium, and magnesium. The high water content, high fiber, and low calories make them a good choice for those watching their weight.

I became enchanted by this recipe due to the lovely color…and the taste is equally as delicious.

In a medium saucepan, bring water to a boil. Add salt and bay leaves, and turn off the heat.  Stir to dissolve the salt and let cool.

Once it is cool, add the vinegar.

In a large mason jar or a fermentation crock, add turnips, beets, and garlic in no particular order. Pour the brine over the vegetables. There should be good coverage of the vegetables by the brine. Depending on which method you used, either screw on the lid or use a weighted plate to hold the vegetables under the brine. Cover with a towel and set in a cool, dark location for five days.

After five days, refrigerate, and enjoy! They will last for up to one month in the refrigerator if you don’t eat them all the first day. Traditionally served with hummus, falafel, and pita.

Compared to potatoes, rutabagas are much lower in calories and carbohydrates.

Salt and pepper to taste

In a large bowl, combine rutabaga with olive oil, salt, and pepper (You can use other spices if you like—paprika, garlic powder, and old bay).

Lay out spears on a baking sheet, leaving space in between.

Bake for 30 minutes, flipping over after 15 minutes. They should be cooked through and soft on the inside, and crispy on the outside.

Salt and pepper to taste

Add potatoes and turnips to a large pot of cold, salted water. Bring to a boil, then reduce to a simmer and cook until tender, about 20-30 minutes.

In a small saucepan, add butter over medium-high heat. Once melted and foamy, add the shallots and sage. Saute until the shallots are tender and the butter begins to brown. Add milk (or broth), and bring to a simmer, stirring constantly.

Drain turnips and potatoes then put back into the pot they were cooked in. Add the hot milk (or broth mixture) and roughly mash the vegetables. If you prefer a smoother texture, you can puree with an immersion blender. Taste for seasoning, add salt and pepper. Serve as a warm side dish.